Today we caught this gentleman taking scrap metal from around our maintenance area! In the middle of the day!!!!!!

He was asked to leave.  We will investigate further.

Another good reason for a security gate! 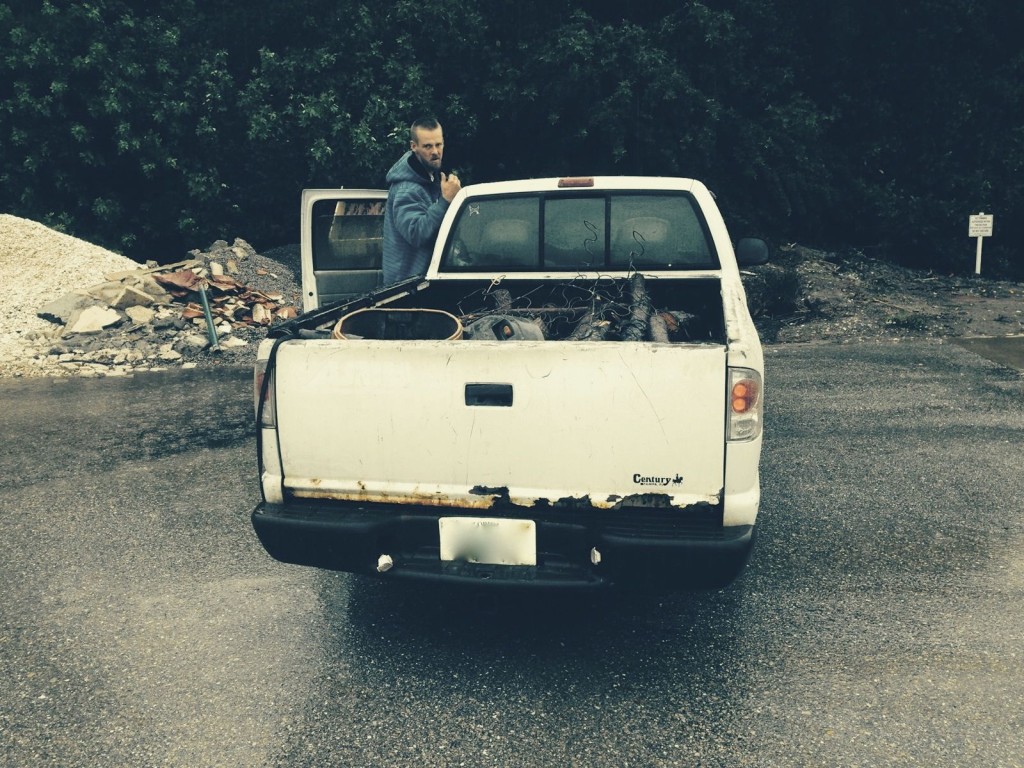 A Black pick up truck was spotted looking for we assume scrap metal when he was scared off by an owner. But he must have come back because by Monday several items around the maintenance area was taken. A police report was made.

If you see someone who you think does not belong in PSHC please call the manager and if possible take a picture of the person or vehicle.

Well we were hit again. Sometime Monday our aluminum ladder was stolen. The chain was cut and taken along with the lock and ladder!!

I suggest owners lock your cars and make sure nothing of value is left laying around the outside of your unit. Now the thieves are cutting locks and stealing private property. We are checking the video surveillance footage maybe we will get lucky.

We were able to review the video surveillance and watched as the thieves cut the chain and stole the aluminum ladder. Turns out they did it in broad daylight. The camera does not have a high enough resolution to read the license plate number but we did capture the entire event on tape. The vehicle appears to be a black Toyota Four Runner.

Yesterday several owners saw the same truck enter into the complex and head to the maintenance area. One of our full time residents ran over to the truck and wrote down their license plate number and we called the Sheriff’s Office.

The officer arrived and we showed him the footage. He told us that our roads are more “public roads with individual street signs” so it would be hard to prosecute anyone who was stealing something from the common area. This was based on the cases he has tried in court (referring to vandals and thefts).

He did go on to say that if we had a “security gate” then the roads would be considered private.

I will be posting the power point presentation I did at the annual meeting about the security gate. This should give PSH home owners more information and hopefully 20% or more of the owners will petition to have a special owners meeting where the security gate can be voted on again.

As I stated previously the Amended Docs and By-laws were approved by 133 yes votes and 18 no votes.

We had a total owner participation of 151 (both in proxy and present at the meeting) units out of 179. Two units have had their voting rights suspended (foreclosed units). The “calling committee” worked perfectly calling all those owners who had not submitted their proxies prior to the AOM. Several owners have not yet updated their contact info and we were unable to reach them.

Next year we hope to have 100% participation!! A BIG Thank you to all who helped get the proxies in for the 2014 Annual Owners’ Meeting!!!